Andre Russell, known for his aggressive intent and batting, went a bit overboard on his social media account on November 18, Friday, as he uploaded a cheeky Instagram story, only to delete it later on. Cricketers live a lavish lifestyle and with enriching leagues all around, they do earn a lot of income, forcing them to act weirdly at times.

The allrounder from West Indies posted a naked picture of himself on his Instagram story on Friday, and eventually deleted it, once fans started thrashing him for the same. A few opined that there was no logic behind the story and criticised saying that he was setting the wrong example for the youngsters.

With the evolution of social media, cricketers are often under check and fans hit back even at the minute of errors that one can commit on their social media accounts. However, the Caribbean cricketers are known for their cheekiness and Russell was no exception for the same.

The Caribbean batter, known for his attacking batting, faded from the radar in the previous edition of the Indian T20 League and the franchise finished 7th in the rankings with only 6 wins out of the 14 matches that they played.

To add more to his woes, Russell missed out on the squad for the 20-20 World Cup 2022 and had a fracas with head coach Phil Simmons when he claimed that the player made himself unavailable for selection in August.

“It hurts. There’s no other way to put it. But what can you do? I don’t think that I should be begging people to play for their countries. I think if you want to represent West Indies, you will make yourself available. Life has changed, in that people have the opportunities to go different places and if they choose that over West Indies, that’s just how it is,” Simmons was quoted as saying. Russell later responded to the claims and said that he decided to keep his silence on the same.

As things stand, it remains to see if Russell would sort things out and bring back the lost glory in the upcoming edition of the Indian T20 League. With a lot of cricket left in him, fans, on the other hand, are hoping that the Caribbean star would sort out things and don the maroon jersey at the earliest.

Let us take a look at a few fan Twitter reactions to Russell’s story:

These r the idols of Current Generation…!!

This is not at beach man 😂

Is he having any other plans in future??

Why is he wearing necklace, watch and bracelet, then? ‘This tournament is too much already’- Fans... 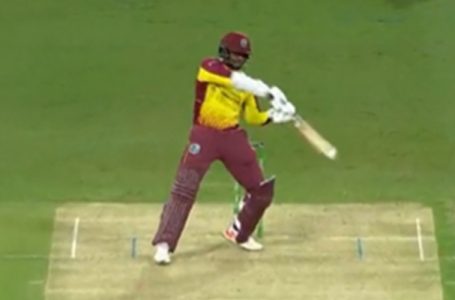