Red-ball cricket always gets fans excited. Unlike the shorter formats, where the boundaries are main attractions, Test cricket has a lot more to offer. Field placement and countering those field placements is the ideal way to force the opposition to commit errors. While we often see a few fielders in the attacking positions, it is rare for all the nine fielders to be in those positions. On top of that, it is even rare for the batters to not run between the wickets for as long as 20 overs at a stretch.

In the game between Queensland in Victoria in the Sheffield Shield, some bizarre events took place. All the nine Queensland fielders were placed in the close field as Victoria tried to draw the match. The bowling team made sure to bowl with spinners. Gurinder Sandhu- a fast bowler- also tried his hands on off-spin.

Victoria had a target of 256 in front of them in the final innings of the game. After losing 3 wickets, Michael Swepson was called into bowl. He bowled 18 overs but was not successful. Batters, Nic Maddinson and Matt Short defended every ball and scored just 52 runs in the final 20 overs with just boundaries and no singles, doubles and triples. Victoria eventually managed to draw the match.

Finally, Victorian skipper Pater Handscomb pleaded with his Queensland counterpart to terminate the game, and the request was gladly granted. Meanwhile, Queensland has played 7 games, winning 2 games and drawing 3. They stand at the top of the points table. Victoria, on the other hand, has played five games, winning 2 of them and drawing three. They are in the fourth position in the points table. The final of Australia’s domestic tournament will begin on the 31st of March. Is the lady luck with the batter?... 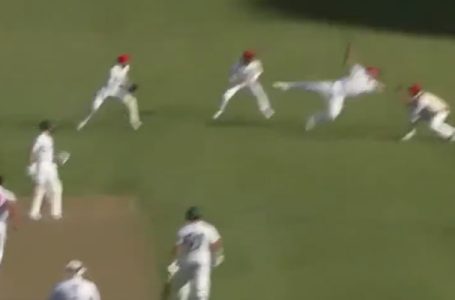