In cricket, it is said that the worst way to get out is run out. In an attempt to steal quick runs, often the most hilarious turn of events is noticed. From misfields and overthrows to misunderstandings, everything is seen during such events. One such hilarious event was noticed during a European cricket match that left everyone laughing. A video is going viral on social media where the non-striker ran even before the ball was bowled.

This was a rare incident as something like was never seen before. In fact, the batter had almost reached the other end of the pitch before the ball was bowled.

The most interesting fact about the incident was that the bowler chose not to run out or “Mankad”. The batsman thus got a chance to retain his wicket and stay longer at the crease. The bowler just complained to the umpire and let the matter off the hook. The commentators, meanwhile, were left in splits watching the event unfold. The bowler was also praised for the spirit of the game. 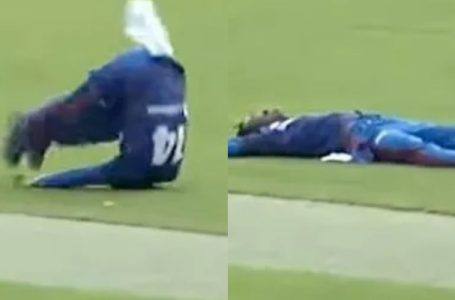