South Africa leg-spinner Imran Tahir has made a controversial statement regarding India’s loss in the ODI series against South Africa. Tahir said that India were overconfident and took South Africa lightly which cost them the series. The KL Rahul-led side lost the second ODI of the three-match series by seven wickets to lose the series. The Men In Blue entered the game trailing by 0-1 in the series, needing to win to keep the series alive.

They previously lost the three-match Test series by 1-2 despite winning the first game. India won the first game comprehensively but lost in both the following Tests. Speaking after India’s defeat, Tahir said that the touring team is a very good side but they took the home team lightly which is why they lost the series.

“I don’t judge any team but India is a very good side and this South African team is just growing up and India misjudged them and they were overconfidence that they can defeat this team easily and this is the main reason for Indian side defeat,” Imran Tahir told SportsTiger.

The leg-spinner added that South Africa’s win against India is special as the former is a young side and the win will give a huge boost to their confidence.

“India dominating world cricket in Test and one day both from last 4 to 5 years but this Proteas team played very well and they took good advantage of their home conditions and turned it into victory”.

“This is the biggest victory than anything I believe this win is very special as this team is too young and they beat the nation who is dominating both formats for a long time. SA played so well and locked both series,” added the leg-spinner. 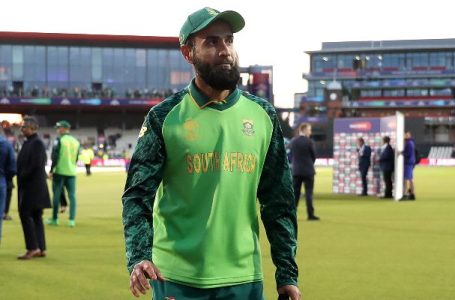