The cricket’s governing body has revealed the most valuable playing XI of the U-19 World Cup and India’s Yash Dhull has been made skipper of the team. In this team, two players from Pakistan and England, one each from Australia, Sri Lanka, Afghanistan and South Africa, three Indians including Dhull have been included.

Wicketkeeper batter Haseebullah Khan from Pakistan will do the glovework while the fast bowling department will be taken care by the likes of Josh Boydon, Awais Ali and Ripon Mondol. All-rounders such as Tom Prest and Dimuth Wellalage will provide spin bowling options alongside left-arm spinner Vicky Ostwal.

Dewald Brewis, also known as ‘Baby AB’ has also been included in the team.

The players have been selected by commentators such as Samuel Badree, Natalie Germanos, ICC match referee Graeme Labrooy and journalist Sandipan Banerjee.

In this process, Brewis also broke the 18-year-old record, set by Shikhar Dhawan. In the U19 World Cup 2004, Dhawan had amassed 505 runs with three hundreds and one fifty, averaging 84.16. Brewis also took seven wickets in six games. Ignored: Five deserving players who did not... 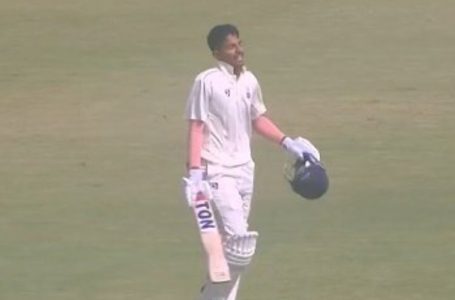 ‘He will certainly be picked at IPL...