England wicketkeeper-batter Jos Buttler has been ruled out of the fifth Ashes Test, set to get underway on January 14th in Hobart. Buttler suffered a finger injury while keeping in the first inning of the fourth Test. Despite the injury, he batted in both innings of the game. England captain Joe Root confirmed that Buttler will be returning home and will miss the fifth Test.

“Jos Buttler is going home after this game, it’s quite a bad injury. Real disappointment and shame to not have him at Hobart. The way he stood up for the team shows his character,” said Root in the post-match press conference.

Meanwhile, England survived a late scare to save the fourth Ashes Test. The Australian bowlers roared on the final day of the match and almost won the game. Having lost 9 wickets, England needed James Anderson and Stuart Broad to survive the final two overs for a draw. The duo held their nerves to give England something to cheer on a rather miserable tour.

Meanwhile, Australia will be proud of their performance. They had a fairly decent game and had the rain not played its part, they would have won it. Usman Khawaja was the star for Australia in the match and fittingly won the ‘Player of the Match’ for his twin hundreds. Khawaja returned to the side after nearly two years and looked a notch above the rest of the batters.

Speaking on his performance, Khawaja said, “We would have loved to win. Great fight from England. Test match cricket at its best, down to wire, couldn’t ask for more. Didn’t feel like I was batting at a different level to the others. I thought Smith was batting beautifully. He was smacking them and I thought lets get a partnership. 300 was a good first innings score. I am enjoying the game. Lots of ups and downs. I can go out there and get two ducks in the next game. That’s how it is. A hard game. Lots of cricket coming up. Fingers crossed to stay healthy and keep doing the work. We couldn’t have asked for more in this series. Everything counts in the Test Championship.” 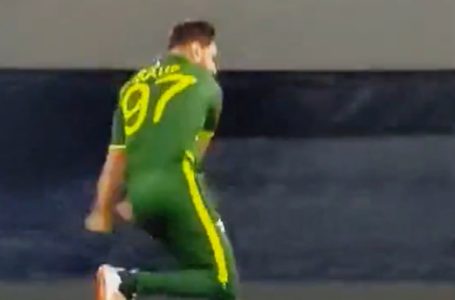