India off-spinner Washington Sundar has tested positive for COVID-19 ahead of the three match ODI series against South Africa. The BCCI has now asked all-rounder Jayant Yadav, who is part of the Test team, to stay with the team in South Africa.

Sundar was set to return to action after missing a significant part of last year due to a finger injury he picked up ahead of the Test series against England. He was set to fly to South Africa along with Suryakumar Yadav, Ruturaj Gaikwad, Shikhar Dhawan, Bhuvneshwar Kumar, Deepak Chahar, Venkatesh Iyer, Ishan Kishan, Yuzuvendra Chahal and Prasidh Krishna from Bengaluru. The players were to undergo three day quarantine and join the other members of the squad post the third Test.

“Sundar has tested positive and he has been isolated from other players. All other players’ reports came negative. They are undergoing a three-day quarantine period. Once they get three negative reports, these players will go into the Indian team bubble,” a BCCI official said

“Unless Washi has a drastically horrible season and things go south for him….the question has to be asked with some kind of logic as well. You suggest where you would add Ash and play him in the team when someone like Washington already does that job for the team.” 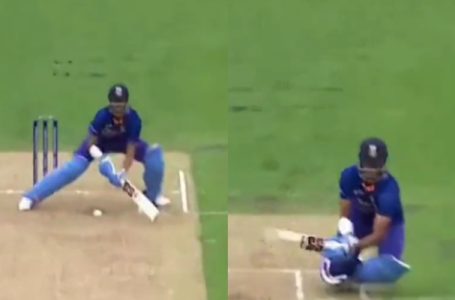 Watch: Washington Sundar plays ‘out of the...